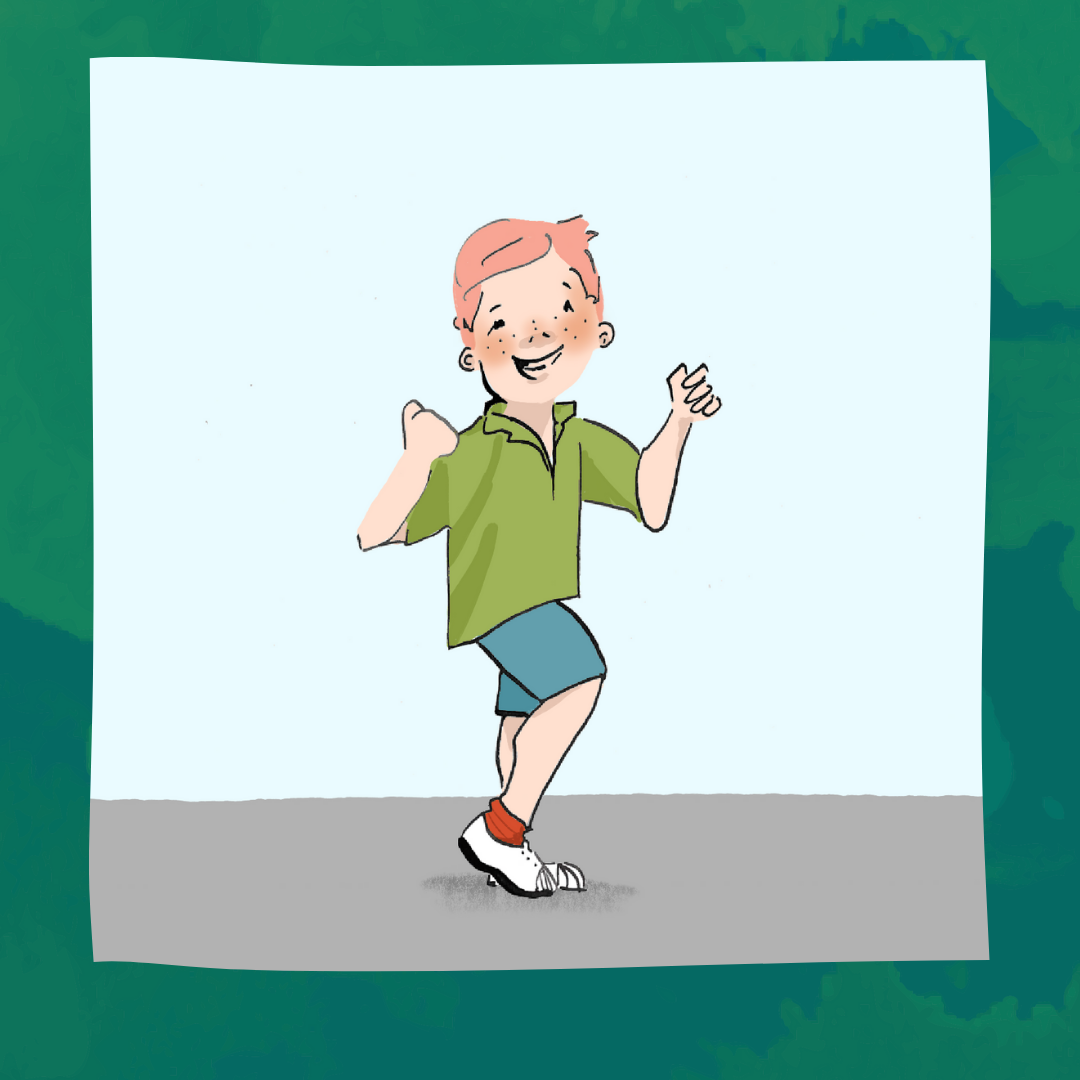 Meet Owen. He’s 4 years old. He loves monster trucks, running, his iPad, and his Mom and Dad. Owen has a new baby brother and spends lots of time with his grandparents on the weekends. His favorite activity is going for vanilla ice cream in a cone with his Grandpa on Sunday afternoons.

Owen’s enthusiasm about life is infectious, and he brings his family great joy. He can be heavy handed with the family cat, and he’s not very keen on playing by himself. He prefers playing with an adult or the slightly older girl across the street who always tells him what to do.

Owen is very excited about the idea of Kindergarten next year.  His parents and the teachers seem to be having a lot of meetings. Owen is frustrated because they let the baby come into the room, while he has to sit outside and wait for them to finish talking. As they leave he hears the teachers say things to his parents like, “We know he’s not a bad kid, but we just need to act now before it gets too hard later,” and “He’s a big boy.  We have to think about all the other children in the class, too.”

At preschool recently, Owen has noticed that he does seem to get in trouble more than his friends. He also got in trouble with his Mom and Dad last weekend when he was playing with his friend across the street. Sometimes when Owen is playing his body just does things, things that come from big feelings about playing, sharing, and being included. Like when Owen gets really excited about playing with someone with cool ideas, sometimes all his muscles tense up, and his hands make fists, and he grabs the person really hard. He never means to hurt the person; it's simply that his body gets so happy and excited, and the energy just comes out!

One time another child had a big bite mark on their arm. Owen was crying and finding it hard to breathe and the other child was screaming and pointing at him. The teacher was pointing at Owen and then at the bite mark on his classmate. He kept telling Owen, “That’s bad, it’s not kind,” over and over again, and all Owen could really think about was how the child yelled in his face and told Owen “no one wants to be your friend.” Why is Owen the only one in trouble??

Around the world, children in preschool and kindergarten are struggling to live up to the expectations of their teachers. Dyspraxic children like Owen, who are not yet able to come up with their own ideas about play, to organize their body successfully for new games or new play equipment, or to follow multi-step instructions, often get in trouble for bad behavior. In Owen’s case, there is a significant brain-body disconnect, and when he gets stressed or excited, his thinking brain gets hijacked by impulses. This is something that’s always happened to Owen. Owen does not know how to recognize it, ask for help, or exert any self-control when this happens. Those kinds of expectations are way beyond his capacity at the moment.

What Owen does know is that people are getting crosser and crosser with him, including his Mom and Dad. His Dad often goes red in the face and has to leave the room, and his Mom seems sad and tired when she reads another report from school about his behavior.

Exclusionary disciplinary practices are common in early childhood settings. They are an indication that educators are not being provided with the tools they need to support child development. In the 2017-18 school year, more than 5,800 students in K-2 faced expulsion in Colorado alone. 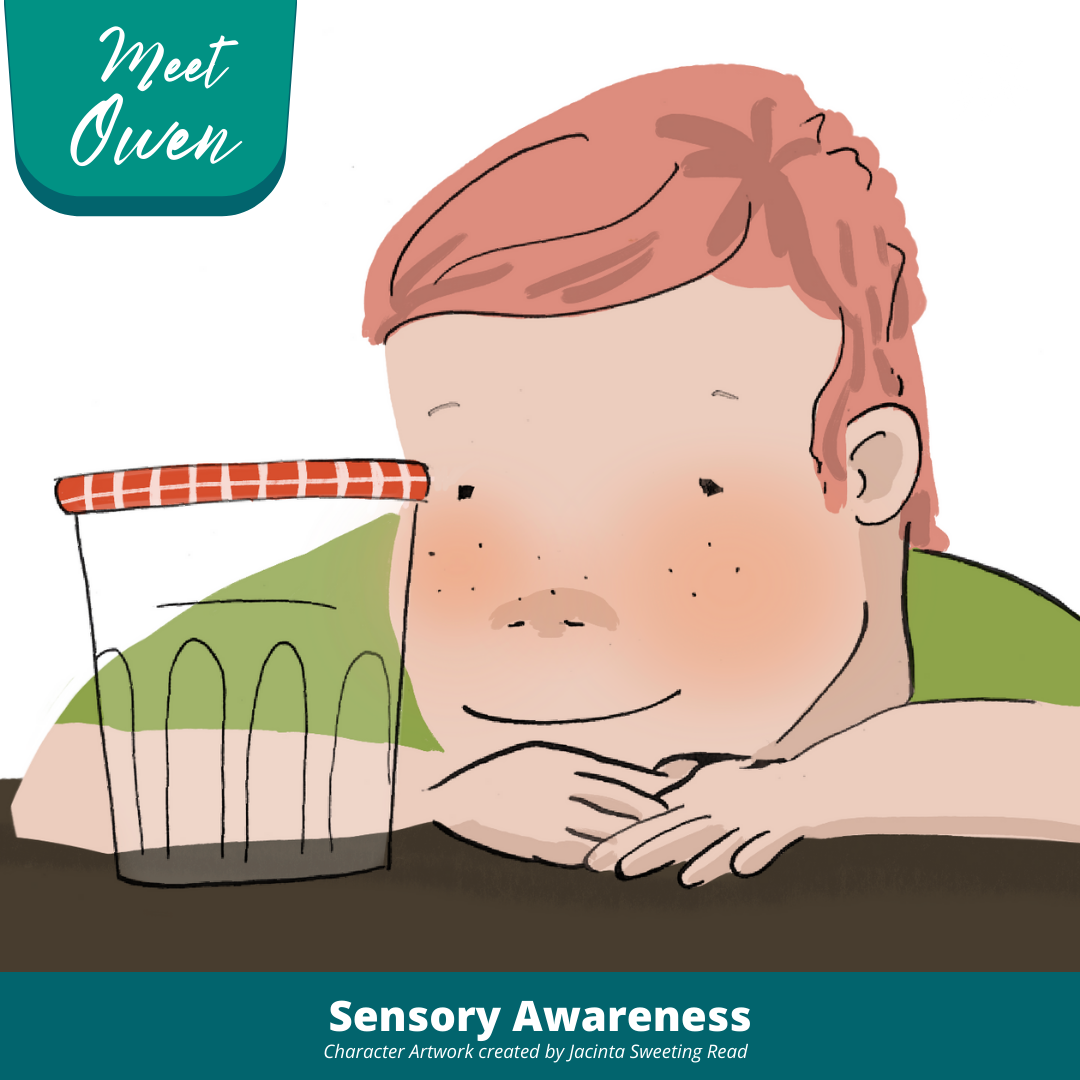 Owen's parents are told that there is no Kindergarten place for him in his school district. He is put on the waiting list for a special school and offered 40 hours a week of therapy to shape his behaviors. That is his parents' only option.

Owen’s Mom and her sister decide to do a little investigating, and they speak to their local Early Childhood Mental Health Center. The nice psychologist at the center suggests that Owen might need help just being in his body, in space, with other people. She recommends he spend time in a therapeutic classroom before he tries to go back to school.

Owen spends his days at the School Readiness therapeutic classroom learning to master the rhythms of the school day, to slow his body down, to recognize when he needs to go for a walk or ask for help. He enjoys visiting the office of the school principal when his body gets too overwhelmed. She has a magical empty jar on her desk that is full of energy.  Owen breathes in the energy and is ready to go back to the classroom. These little regulating, sensory breaks help Owen be successful and build classroom confidence. He is beginning to learn how to stay in his body and use his thinking brain even when he is tired, stressed, or excited. He is starting to believe that he is a good, likable kid and that he can make a positive contribution at school.

Does Owen’s story sound familiar to you? For support with school readiness and/or sensory integration and processing assessment, reach out to your school, local sensory-focused occupational therapy practice, or contact us at STAR Institute and we'd be happy to guide you.

Every month at STAR Institute is sensory awareness month, and October is particularly special as we share our passion with the world.

Last year we shared the stories of seven characters who became very dear to our hearts -- each character represented a different aspect of how differences in sensory integration and processing impact health and wellness.

This year we are leveling up our media presentations and adding three more sensory stories.

The characters are from different stages of life, contexts, and family backgrounds, but they all have one thing in common -- discovering how the power of sensory processing have transformed their lives for the better. These stories are based on real-life, real testimonies, real people.

Help us do more.  This year we are raising funds to publish our sensory stories and distribute them in schools, hospitals, and doctors' offices around Colorado, the USA and the world. Would you donate a copy? Your gift will be put to work immediately. Thank you for joining STAR in making sensory-informed education and healthcare a reality in 2022.