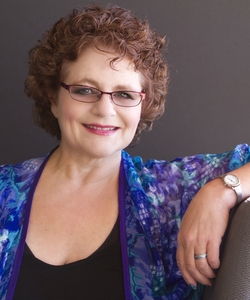 As founder of the first comprehensive Sensory Processing Disorder research program nationwide and author of groundbreaking Sensational Kids: Hope and Help for Children with Sensory Processing Disorder and No Longer A SECRET: Unique Common Sense Strategies for Children with Sensory or Motor Challenges, Dr. Lucy Jane Miller's name is synonymous with sensory research, education, and treatment.

Dr. Miller has been investigating, analyzing, and explaining SPD to other scientists, professionals, and parents since she studied under sensory integration pioneer A. Jean Ayres, Ph.D., more than thirty years ago. Since then, studies by Dr. Miller and her colleagues have helped bring SPD widespread recognition, and her work with families has improved countless lives. Thanks specifically to Dr. Miller's mobilization of the research community, SPD now appears in two diagnostic manuals: the ICDL's Diagnostic Manual for Infancy and Early Childhood and The Diagnostic Classification: Zero to Three. Her application has led to consideration of SPD for inclusion in the 2013 revision of the Diagnostic and Statistical Manual (DSM-V). Dr. Miller has also developed seven nationally standardized tests for use worldwide to assess and diagnose SPD and other developmental disorders and delays. Dr. Miller's widespread recognition and enormous credibility within the professional community are part of the reason that advanced clinicians travel from all over the United States and other countries to be mentored by Dr. Miller and her team at the SPD Foundation (formerly KID Foundation) she founded three decades ago.

The prominence of Dr. Miller's research, her compassion and connection with sensational families, and her ability to explain the science of SPD clearly and empathetically make her a natural interview subject. She has been featured on NBC's Today Show and ABC's 20/20, in The New York Times and numerous other popular and professional publications. She is the author of more than sixty articles and/or chapters in scientific and professional journals, magazines, and textbooks and is a frequent presenter or speaker at conferences and workshops worldwide. She has received more than thirty funded awards and grants to further research on SPD and other childhood disabilities.

In 2004, Dr. Miller received the Award of Merit from the American Occupational Therapy Association, the profession's highest honor, reserved for those therapists who have made an outstanding global contribution to the field. In 2005, she was awarded the Martin Luther King Jr. Humanitarian award by the state of Colorado for her three decades of work with children who have Sensory Processing Disorder.