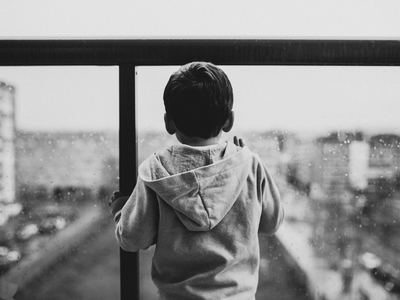 The field of Infant Mental Health is not new; it has been gathering significant momentum and credibility since the 1950s.  Many of the core assumptions of infant mental health align with the field of attachment theory: children are born socially competent, with an innate tendency to develop (Brazelton, 1973; Winnicott, 2006) and an essential drive to relate and connect (Cohn & Tronick, 1987; Robertson, 1962; Shapiro, 2009).

In 1947 Dr. Rene Spitz made a film called ‘Grief: A Peril in Infancy’.  A large part of the work of Spitz focused on the impact of separation from caregivers and a depraved environment on the mental health of a young child.  He investigated maternal deprivation in depth and examined it’s connection to failure-to-thrive syndrome (Palombo et al., 2009). The great attachment theorist John Bowlby attributes some of the inspiration for his work to watching this film (Bowlby, 1982).

In 1958 Harry Harlow published the well-known study of macaque monkeys separated from their mothers and placed with artificial surrogate mothers - both sets of monkeys suffered but those with soft cloth mothers did better than their counterparts, who were placed with wire surrogates. The group placed with the wire 'mothers' exhibited dysregulated, aggressive and volatile behaviors, demonstrating not only the importance of proximity and availability of consistent caregiving but also the crucial sensory component of physical comfort.

Through the mid 1950s - 1990s Bowlby and Ainsworth revolutionized the understanding of infant needs, behavior and the importance of relationship with the articulation of Attachment Theory. This theory described an inborn drive for proximity to a caregiver particularly when tired, scared or unwell (Young, 2011; Zeanah, Berlin, & Boris, 2011). Bowlby called this the “child’s tie to the mother” and described attachment behavior as any behavior that creates or maintains proximity to the one who has been identified as a caregiver (Bowlby, 1982).  The Bowlby-Ainsworth Attachment Model (Waters & Deane, 1985) proposed that the stability and security of the attachment relationship an infant or young child has with its mother has significant implications for intimate relationships later in life and development of sense of self. Without a secure attachment relationship the child is at risk of poor mental health (Thompson, 2008).

In 1975 Selma Fraiberg introduced the concept of Ghosts in the Nursery and highlighted how difficulties and instability, within mother-infant relations and connectedness, can be transmitted from generation to generation (Fraiberg, Adelson, & Shapiro, 1975). These ‘ghosts’ might be in the form of unresolved loss or past trauma from a parents own parenting experiences (Fraiberg et al., 1975; Weatherston, 2000).

Using videotaped interactions, Ed Tronicks’ famous face-to-face-still-face experiment made a strong argument for the mutually dependent nature of infant development (Provenzi, Olson, Montirosso, & Tronick, 2015; Tronick, 2003). The  face-to-face-still-face paradigm shows us that trusting relationships are central to a child’s ability to be regulated and engage with the world. Tronick and his team spell out very clearly that consistently disrupted relational experiences create maladaptive meaning-making which in turn heightens vulnerability for later mental health challenges (Tronick & Beeghly, 2011).

Safe, secure and consistent emotional connections are critical to healthy human development and success in adult life. In 2018 we know that early, repeated and/or significant, interactions become encoded memories (Siegel, 1999) and create an ‘internal working model’ that underlies long term strengths or risk (Bettman & Friedman, 2013). We are confident that empirical evidence supports the following postulates:

When we talk about the mental health of infants and children we are really talking about the caregiver infant relationship.

“The future of the human species hinges on our ability to maintain connections between parents and their children.”
- Roianne Ahn PhD Psychologist

The health and well-being of future generations is built upon safe, secure and consistent caregiving of infants and children. It is our cultural and moral imperative to build and maintain the family as the foundation for healthy child development, never to fracture it.

If you were touched by this article please share it to help educate others.