Is It Sensory Processing Disorder or ADHD? 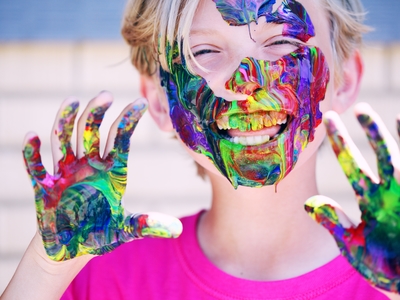 There’s a good chance you have met a child who matches the following description: impulsive, inappropriate touching of others, inappropriate and frequent movement, distractible, unaware when spoken to, difficulty following multi-step directions. When you met this child, you may have been quick to label them. Here’s the question though, what label did you use?

The behaviors listed above are common presentations of both ADHD and Sensory Processing Disorder (SPD). It is easy to see how a child can be mislabeled with one when they may actually be dealing with the other. Even more confusing, they may be dealing with both. They are, in fact, two separate disorders. There are certainly commonalities between the two, but there are distinct differences as well. Before looking at that, it is important to know who we are talking about.

ADHD is now a part of our pop-culture. Characters in TV, books and movies have ADHD and it is part of their story-line. Stop any person on the street and ask them about ADHD and they are likely to say they know someone who has an ADHD diagnosis. On the other hand, SPD does not garner the same recognition as ADHD. Ask that same person on the street about SPD and they may not know what you are talking. Is that because ADHD is more common than SPD? According to the Center for Disease Control (https://www.cdc.gov/ncbddd/adhd/data.html), 11% of children aged 4-17 years in the United States have been diagnosed with ADHD. Statistically, if you put 100 children in a room, eleven of them will have been diagnosed with ADHD. The Center for Disease Control does not keep statistics on SPD. Fortunately, we have research that gives us an idea of how common it is. Studies indicate that 5% to 16% of children exhibit symptoms of SPD (Ahn, Miller et. al., 2004; Ben-Sasoon, Carter et. al., 2009). In that same room of 100 children, five to sixteen of them will have SPD, potentially outnumbering the children identified with ADHD. Equally important is that many of these kids have both disorders. A national stratified sample of children suggests that 40% of children with ADHD also have SPD (Ahn, Miller et. al., 2004). Back in our room of 100 children, four of the eleven ADHD identified children will ALSO have SPD.

So now we know. SPD is statistically a big issue. Bigger, possibly, than ADHD. But the original question remains, what is the difference? On passing glance, it would be easy to say there isn’t any, but that would be wrong. Let’s use the perspectives of cause and treatment to help explain the some of the differences between the two.

Causes: In very simple terms, ADHD and SPD are both disorders that impact the brain. Both disorders show strong signs of being largely hereditary, but pre-natal, peri-natal and environmental factors have been linked to each disorder. In ADHD, current understanding points to problems with neurotransmitters (not enough dopamine and norepinephrine) and structural abnormalities in the front part of the brain (the seat of judgment and executive functions). This directly impacts the ability to attend, focus, plan, and persist with mental challenges.

The causes of SPD are very different. Recent brain imaging research has demonstrated that children with SPD have abnormal white matter structure in the posterior (rear) part of the brain. White matter is responsible for carrying electrical impulses (information) from one part of the brain to another – it’s like the highway system of the brain. The posterior parts of the brain have been identified as where sensory integration occurs. For someone with SPD, the white matter in the posterior part of the brain is not effectively carrying electrical impulses. Important information about the physical world is not being processed correctly as a result. The brain with SPD is using incorrect or partial information as a basis for how it interacts in the environment. The resulting behaviors and responses are maladaptive.

Treatment: It is not surprising that since ADHD and SPD cause very different issues in the brain, the approaches to treating them are also very different. Studies have shown that medication and behavioral management are the most effective formS of treatment for ADHD. Medication is helpful with balancing out the insufficiencies in neurotransmitters. Behavioral management addresses the deficits in executive functioning by teaching skills for the person to learn. This is a “top-down” approach. Physicians and mental health providers who specialize in ADHD typically are the primary providers.

There is currently no medication that addresses the underlying components of SPD. Instead, SPD treatment relies heavily on a “bottom-up approach to improving the impacted neurological systems. Active participation of a person in a structured, sensory-rich environment by a trained occupational therapist provides them with specific, graded sensory inputs presented in meaningful and supportive activities. This kind of sensory processing therapy facilitates improved and efficient neurological responses, eventually leading to overall improved processing in the brain. Additionally, sensory strategies and sensory lifestyle components are used to support the person outside of the treatment session. Sensory-trained Occupational Therapists are typically the primary providers of this type of treatment.

A question OTs are often asked is, “How can you tell the difference between ADHD and SPD?” It’s a fair question, given how the presentations of the disorders can look a lot alike. If the person is given ADHD medication and the behaviors improve dramatically, then it is clear that the issues were related to an ADHD presentation. If medication is not an option, or is not a preferred treatment, then we can look at other clinical observations.

ADHD is a more likely diagnosis if a person:

SPD is a more likely diagnosis if a person:

The tricky part is when a person has both. These are people who still demonstrate significant, functional issues after receiving specific treatment (either for ADHD alone, or for SPD alone). Remember, studies suggest that up to 40% of children who have ADHD also have SPD. In these cases, a collaborative team approach that involves the physician, OT and mental health provider is most effective.

ADHD and SPD may look similar at passing glance, but it is important to remember that they are two different disorders. They have different causes, effect different areas of the brain by different mechanisms, and have different evidence-based treatments. Understanding and sharing the differences between ADHD and SPD helps ensure that anyone suffering from one or both of these disorders gets the proper care they deserve.

STAR Institute for SPD needs your help to raise $30,000 in the month of October.

Mim Ochsenbein, MSW, OTR/L has been a practicing pediatric occupational therapist for over 20 years. She has received advanced training in sensory processing (STAR Institute Intensive Mentorships, SIPT certification), listening therapy (Therapeutic Listening), feeding therapy (SOS) and infant massage (CIMI). Mim received her MSW in 2012. Her work with children and youth has occurred in a variety of settings including early intervention, school based, clinic based, mental health and private practice. In her role as STAR Insitute’s Director of Education, Mim creates and teaches STAR Institute trainings, oversees SPD University, and provides educational programming and resources for clients and families.