If you print with the "short binding" setting these read much like a children's book. 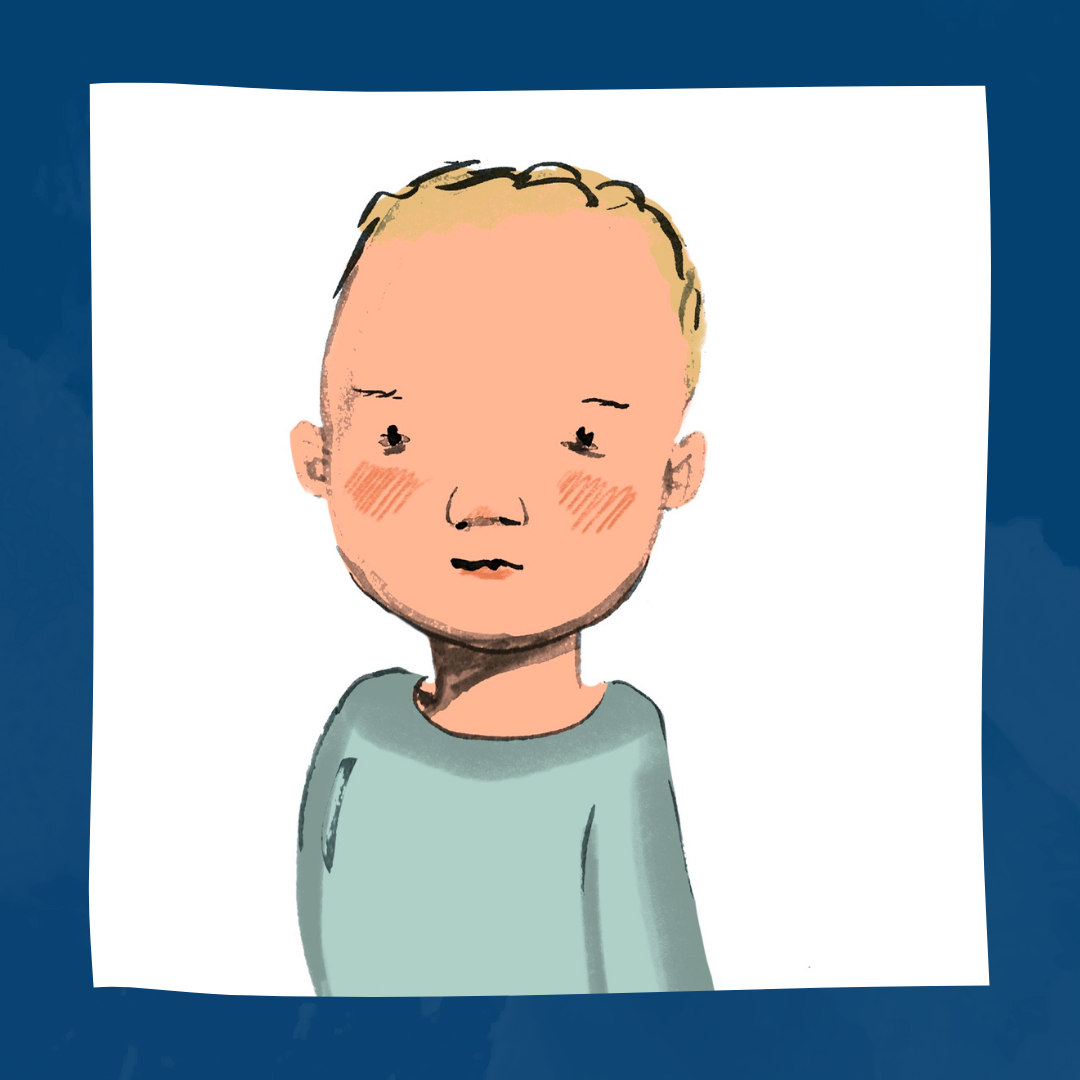 Meet Matteo. Matteo is 11 months old, he loves to sit and play with his favorite activity cubes and his cause and effect toys that sing songs and flash bright lights. He is happiest when life is predictable and he gets to play quiet games with Mom, he loves when they lie on the bed together and hide under the sheets. Matteo isn’t interested in the push along and ride along toys like his friends are yet.

Matteo’s Mother is attentive, sweet, and gentle, she adores him although she wishes he would sleep more. Throughout the day Matteo fusses and cries unless he’s left alone on the floor where he sits with his legs in a W shape or lies on his back.

Matteo hates having his diaper changed because it is so difficult for him to move against the pull of gravity when is moved or tipped backwards. At times he gets so upset that it is almost impossible to clean him or put on the new diaper.

Matteo experiences changes in position as catastrophic events. What looks to others, including professionals as a “fussy baby”, to Matteo is a natural response to the massive sense of shock and danger he feels when his body is being moved around in space. Especially if he is tilted backwards in space. Matteo has very little ability to stabilize his head and body when moved out of an upright position which means he is totally dependent on the adult moving him. He seems anxious all the time particularly when he is being moved as he is unable to anticipate how his body will respond.

Matteo’s Mother is exhausted and desperate. Matteo can only sit up-right and still enough for eating in the foam one piece seat that rests on the counter top. He isn’t gaining enough weight and the transition to solid foods is going badly with lots of spitting out, gagging and crying. It’s not just Matteo who cries at mealtimes!

Mom has been asking her family and friends for advice and they all just tell her that Matteo will grow out of it. Going anywhere is a disaster as Matteo screams and cries as soon as he sees the car seat. Once he cried for the full three hour journey to Grandma’s house - as soon as they arrived Grandma scooped him up and cradled him in her arms and he stopped crying and fell asleep. Why doesn’t he do that for Mom?

Within the first year of life, infants are learning to regulate their bodily functions and body-based responses to the world. They are also learning to move and this starts long before sitting, cruising, or crawling develop. Before even lifting the head against gravity. When lying on their back, very young infants move their legs upwards in space and bring their hands together or their hands to their feet. This helps them start to learn about their body, movement, and cause and effect. Watching objects move around the world involves coordinating the two eyes and keeping the head steady. If sensory processing differences impact the development of posture, these very first milestones might be compromised. These infants feel most secure when nothing is moving and they have a wide base of support - like lying flat on their backs. Or as they get older perhaps staying in the seated position they have been put in. Often with postural delays there are difficulties understanding and using information from the muscles and joints that tell you about gravity. Most people take this information for granted. Being moved, being tipped back in space, or unexpected movements (even small ones) can all be incredibly stressful to the nervous system. A fussy unhappy baby might be posturally insecure and every movement might feel like an earthquake, an unpredictable event, a potential disaster waiting to happen. The constant lack of a sense of safety and the need for excessive vigilance for even the possibility of movement will have a cascading negative impact on all other areas of development including the infant-mother relationship. 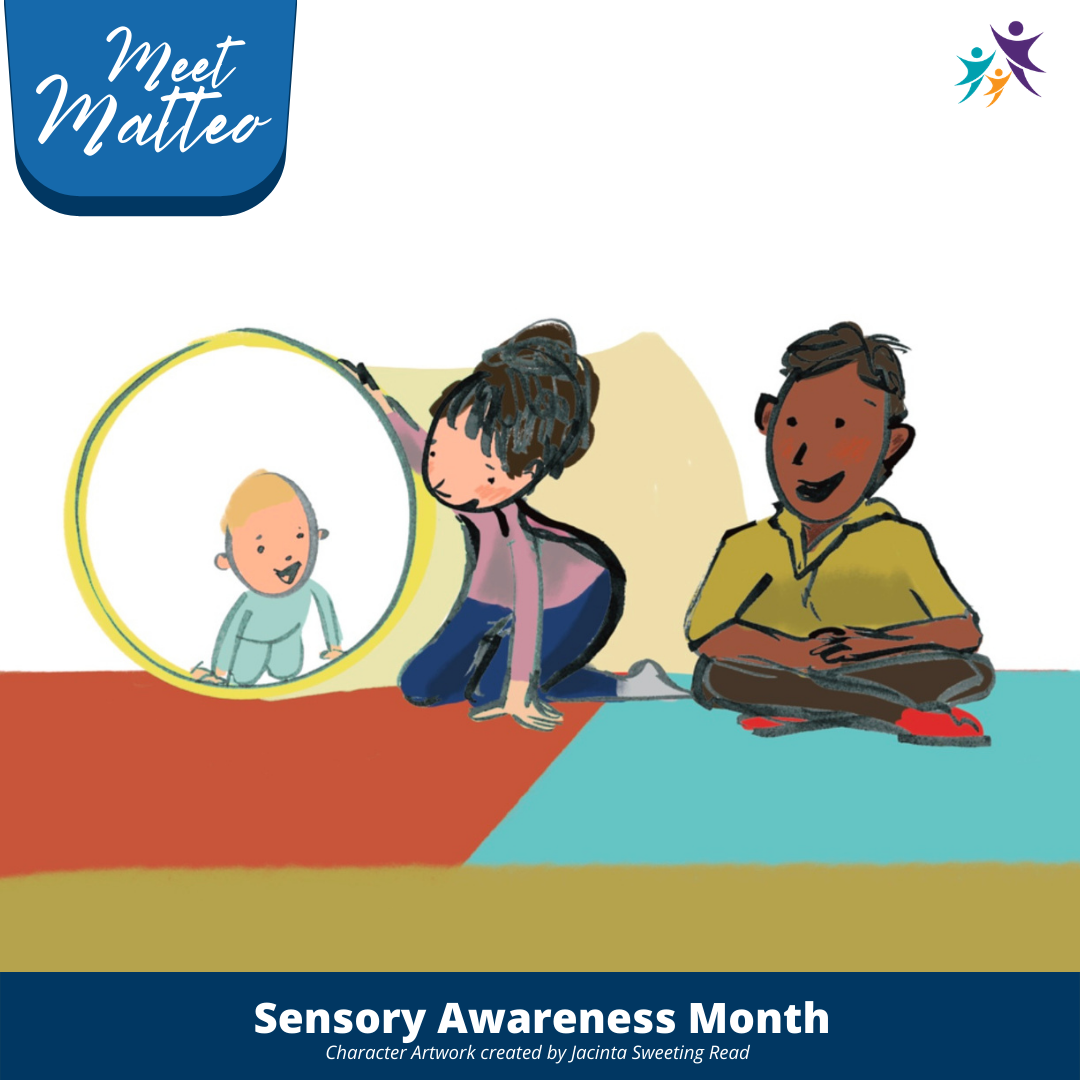 Matteo’s Grandma had a friend visiting that day who used to work as an early childhood specialist and she noticed that he might benefit from an Occupational Therapy evaluation. With Grandma’s permission, she offers his Mom advice about seeking an assessment – in Mom’s home state a screening happens very quickly, and the family are offered twice monthly visits. Grandma and her friend know that this isn’t good enough and all the grandparents get together to pay for a private evaluation and treatment program at a center that specializes in sensory integration and young children.

Matteo’s occupational therapy evaluation showed significant differences in development of posture motor skills and immature postural control. Mom and Matteo start an intensive therapy program that coaches Mom and helps give Matteo the structured movement he needs through fun, child-led and play-based activities. Mom tells the OT “I really feel like Matteo and I have fallen in love with each other through these sessions”. Matteo is happier throughout the day, sings songs with Mom, is able to sit in a highchair, reach for toys, and eat and breathe all in the right order. He still doesn’t really like car seats but both Mom and Matteo are happier and their relationship is healthier than ever before.

Does Matteo’s story sound familiar to you? Unidentified sensory processing differences can have a tremendous impact on the early years of life. For support finding a sensory integration and processing assessment reach out to your early intervention program, local Occupational Therapist with specialized training in sensory and infants /toddlers or contact us at STAR Institute and we'd be happy to guide you.

Matteo’s unidentified differences in sensory integration and processing were impacting his relationship with his primary caregiver and the development of his sense of self. He was at the mercy of those around him for movement and rarely felt safe and stable. Development of eating and self-care skills were already being impacted even at this early age.

Accurate identification of differences in sensory integration and processing in infancy is a possibility and should be available to all families regardless of background and geographic location.

For information on and support with feeding, check out the Feeding Clinic at Star Institute.