Sensations: Too Much, Too Confusing, or Not Enough? 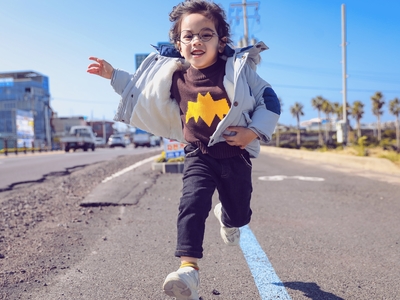 Sensory processing challenges appear in a variety of ways...

What is the matter with Mary Jane?

And she won’t eat her dinner—rice pudding again—

What is the matter with Mary Jane?

A.A. Milne’s poem about miserable Mary Jane used to mystify me. As a child, I knew that not everyone loves rice pudding, but I wondered why she was having a tantrum. Couldn’t she say, “No, thank you,” and then just get over it?

Now that my older eyes are open, I’m more sympathetic. Evidently, Mary Jane can’t communicate to her grownups that she hates rice pudding.  Maybe she’s two, so she behaves like a two-year-old. Maybe she is full. Or—what is now my go-to answer—maybe she has Sensory Processing Disorder (SPD), which makes “just getting over it,” all by herself, difficult or even impossible.

Like Mary Jane, some children withdraw not only from grainy or odd-textured food, but also from physical contact. They may refuse to participate in experiences that other kids enjoy, communicate ineffectively, and respond in unusual ways to ordinary sensations of touch, movement, sight, sound, smell, and taste. These kids may have SPD, so they don't behave as we expect—not because they won’t, but because they can’t.

SPD is real—and it’s common, affecting about 17 percent of children and adults. SPD begins as a physical condition but may later develop into a psychological condition; if underlying sensory issues are ignored, a little kid often begins to feel shame, low confidence, rage, and loneliness.

Sensory processing is what everyone does, all day. Sensory messages come in through receptors near the surface of, and deep within, the body—the skin, eyes, nose, mouth, outer ear, inner ear, muscles and joints, and internal organs.

For a typical person, the central nervous system efficiently processes the incoming sensory information so she can use it to yank her hand from a scorching frying pan, pull the right boot onto the right foot, or catch herself before she trips.

But for an atypical, “out-of-sync” person with SPD, an inefficient central nervous system garbles sensory messages—meaning that he can’t use them to function smoothly in daily life. He burns his hand on the pan handle; he mismatches his boots and feet; he stumbles and falls.

The most common and easily observed SPD issue is over-responsivity.  Over-responsive kids may be provoked by an unexpected touch, lumpy sock, speed bump, siren, fluorescent light, scented crayon, rice pudding, and so forth.

But though this is SPD’s most common outward presentation, not everyone with the condition has over-responsivity. In fact, children or adults with SPD may not be bothered by sensations at all and may seek more, not less stimulation. Many of these individuals have less obvious types of SPD—these can look like ADHD, Oppositional Defiant Disorder, or other psychological issues in the DSM-V.

What is the matter with Mary Jane? SPD may be—or it may be exacerbating—the main problem. Put on imaginary “sensory spectacles” to examine the situation and ask yourself, "What sensations are too much, or too confusing, or not enough?"

Sensory over-responsivity. Sensations threaten her. She sees and smells the dessert and anticipates how disgusting it will feel and taste in her mouth. Her sensory systems say, “If you eat it, you’ll die.”

Poor sensory discrimination. Sensations confuse her. She may be unable to discern textural differences between grainy rice and smooth pudding in her mouth. Even if she likes the flavor, rice pudding may make her gag.

Sensory craving. Ordinary sensations are insufficient. She needs constant, intense sensory input. Pudding is not the problem; inactivity is. Today, she hasn’t played outdoors enough, and her body yearns for sensory-motor activity. She may feel as though she cannot sit still a minute longer.

What helps? If, through your sensory spectacles, you see that Mary Jane is overwhelmed, then lower the sensory load. Replace the offending food with one she likes so she will stay peacefully at the table. Or, if you see that she is fidgety and craves movement, then raise the sensory load. Let her go jump rope, stretch an exercise band, dance to music, or hang from a chin-up bar.

If Mary Jane’s behavior is frequently out-of-sync at school, at home, and out and about, it may be necessary to have an occupational therapist who uses a sensory integration approach evaluate the child. Insisting that she eat rice pudding will never work; addressing her sensory processing challenges with understanding and appropriate treatment will.

Carol Stock Kranowitz is an internationally-recognized expert on sensory processing disorder (SPD). She is the author of the “Sync” series, which began with the acclaimed The Out-of-Sync-Child.

As a music, movement, and drama teacher for 25 years, Carol observed many out-of-sync preschoolers. To help them become more competent in their work and play, she began to study sensory processing and sensory integration (“SI”) theory. She learned to help identify her young students’ needs and to steer them into early intervention. In her writings and workshops, she explains to parents, educators, and other early childhood professionals how sensory issues play out—and provides enjoyable sensory-motor techniques for addressing them at home and school.